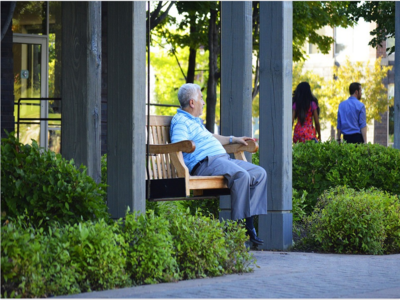 As you transition from one phase of your life to another, certain changes take place in your body and mind. Aging is a natural process that every living being goes through in its lifetime. It’s nature’s way of preparing one for transitioning into a new phase of life which brings a new set of challenges with it.

Quite often aging is seen as an undesirable element in life, giving it a bad reputation. However, when aging happens in accordance with the principles of successful aging, one maintains mental productivity, physical wellbeing, and leads a meaningful life, aging can be a smooth transitioning without any major problems to one's mental or physical health.

In India, the physical, emotional, and mental problems of elderly people are often dismissed as either a part of the ’normal aging process’ or as something not so serious. However, elderly people are prone to life stressors such as significant loss in mental capacities, the decline in functional ability, reduced mobility and social isolation. Additionally, the decline in economic independence further contributes to the worsening of geriatric mental health problems. Furthermore, the recent changes in the family systems in India have made the elderly even more prone to psychological problems.

As a result, aged people are highly vulnerable to mental health issues as they quite often go underdiagnosed. This can lead to an increase in the severity of the progression of psychological disorders. Additionally, the lack of proper provisions for Geriatric Psychology by the government to support the elderly further contribute to this risk, thus creating problems with aging successfully.

The Common types of mental illness in elderly people are:

Does mental health get worse as you get older?

Signs of aging should not be neglected and a diagnosis should be conducted if aging symptoms worsen with time. With timely action, the severity of any disorder can be reduced or at least be stabilized.

Aging doesn’t have to be a situation of despair and difficulty, with right and timely action, it can be a graceful transition for both the elderly and other family members. By keeping an eye out for symptoms along with regular assessments any age-related mental disorder can be prevented and even be cured. The HappiMynd Self-Assessment Tool gives you accurate reports of your mental health instantly along with recurring reminders and checkup notifications.

Early-on action is the key to accepting forthcoming challenges that appear with the onset of the aging process. Remember, Change is a natural process that helps you to progress in life with time.