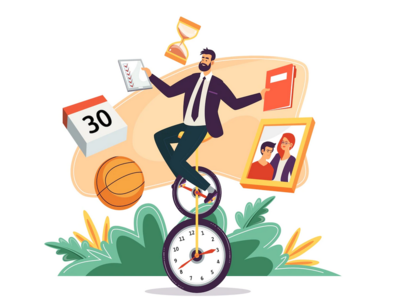 Men and Mental Health: How can we Bridge the Gap?

“I remember sitting in my room for four or five days not wanting to be alive, not talking to anybody. That was a struggle for me, I reached that point where I finally realised I couldn’t do it alone.” - Michael Phelps, Olympic swimmer

People around the world are speaking up on mental health and voicing their opinions on why it should be considered an intrinsic part of one’s healthy living. However, there is still a huge gap when it comes to men’s mental health.

The stigma surrounding mental health is more clearly pronounced in the case of men, preventing them from opening up or reaching out. We discuss some of the major reasons behind this and how we can work towards bridging the gap.

According to a WHO report published in 2018, men are three times more likely than women to die by suicide. Substance abuse disorders are reportedly much higher in men than in women. Despite this, men are less likely to seek support for their mental health. Why do men find it difficult to open up if they are suffering?

The answer lies in how society has taught men to deal with adversities by being strong, stoic, and unrelenting at all times. This has put undue pressure on men to mask their emotions and hold themselves together, no matter how demanding circumstances become.

The gender roles and responsibilities society assigns to our men also lie at the root of mental health issues becoming a silent crisis among them. They play roles like that of the protector and the breadwinner, which push them to be financially independent and unbending.

Toxic masculinity and its burden on men

Men are always portrayed to be the stronger gender - not only physically, but mentally and emotionally as well. We often hear people telling men and boys, “Why are you crying? Are you a girl?” Such toxic masculine norms put immense pressure on them to live up to the ideals of society.

Men are brought up to be emotionally strong and quiet, which in turn forces them to suppress difficult feelings and emotions. This also leads to a lack of awareness and increased mental and emotional health issues among men that go unreported. Since men do not find healthy coping mechanisms to rely on, they more often succumb to alcohol and illicit drug use as a way to numb their pain. This in turn leads to higher substance abuse among men.

How to address the issue?

There are three steps in which we can work towards bridging the gap.

The first step in addressing male mental health is recognizing that stigma and gender stereotypes have disproportionately impacted male mental health for generations. If we are to encourage men to start thinking about their mental health, we have to assure them that opening up or seeking help does not imply weakness.

Mental health issues are as much a concern to overall well-being as are physical health problems. In fact, mental health can very quickly manifest as physical ailments when left untreated. Ignoring them can also lead to life-threatening disorders.

Awareness and education play a major role in breaking the stigma around men’s mental health. We might make thousands of options available to men, but none of those would make a difference if they aren’t willing to try.

Symptoms of mental health problems vary quite significantly between men and women. For instance, in a depressive state, women might feel sad and hopeless, but men might start reacting aggressively. If men are not made aware of their symptoms, issues might remain undetected for years until it’s too late.

Signs that indicate you or a loved one might need assistance:

If you can identify any of these symptoms, it is a wise decision to get in touch with a healthcare provider and seek help as early as possible.

Men might be unwilling or afraid to seek in-person support, but that doesn’t imply we cannot offer them help otherwise. Self-management of emotional and mental wellbeing is one of the ways in which men can be encouraged to take care of themselves. Self-help tools and techniques often allow one in the experience to get a broader view of their problem, gain awareness and knowledge on what needs to be done.

Online chat support and anonymous therapeutic counselling are also effective in offering the much needed support men need while ensuring confidentiality and anonymity.

With the pandemic taking a toll on our emotional and mental wellbeing, mental health issues are coming to the forefront. This is the most favourable time for men to take advantage of circumstances and start voicing their opinions against the stigma. After all, holistic health and happiness can be acquired only when we take equally good care of our mind and body.