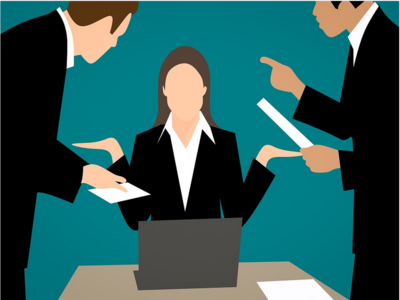 How to Deal with Unresolved Conflicts

Conflict is an inevitable part of life. We encounter conflict all the time in our lives, whether it is at work, at home, in relationships or even within ourselves. People dread conflict as it brings uncomfortable emotions and situations that one has to deal with. But conflict exists to serve a purpose in our lives; it indicates the contradiction between beliefs and actions within oneself or between people.

Conflicts provide us with an opportunity to move forward by examining issues more carefully and by understanding them from a different point of view. Furthermore, it challenges us to develop creative and cooperative solutions. Conflict is the root of change.

Situations of conflict involving major life decisions can include whether to take up a new job or stick to the current one, whether to break up with your partner or figure out a way to make it work, or to work over the weekend and get ahead of your peers or take a break and meet an old friend while he or she’s in town?

Conflicts can be both external and internal. Either type of conflict can be an opportunity to learn and bring constructive change or it can become a defining event leading to chaos.

Read on to know more about internal, external conflicts and unresolved conflicts.

When conflict is left unresolved it intensifies and spreads, affecting everyone in that environment. Ever noticed how one angry person at the office spreads it across and makes it a bad day for everyone at the office? Most people might dismiss such behavior as the day goes on. But such conflicts become a major concern when the tension keeps on building and doesn’t resolve. This is when it starts to affect work efficiency and collaboration between co-workers. For students conflicts between team members can affect the quality of a project.

When a certain issue keeps on lingering in your environment or your mind for long periods, it can evoke frustration and an inability to cope up causing mental health problems in the long run. This inability to cope with the situation initially incites emotional reactions between people involved, causing unexplained snapping at others or denying any responsibility altogether. As time passes, you find yourself ruminating and your frustration starts to hamper your mental health drastically.

Conflicts cannot be avoided completely. Avoidance could on the contrary signal an unhealthy coping mechanism. Conflict management enables one to deal with internal and external conflicts effectively.

Discussing the problem at hand with the intervention of a third party, along with compromising on certain points and collaborating helps in resolving conflict. Internal conflict can be more difficult to analyze and take action against, seeking professional help can become important in such situations. Hence, we provide quick and accurate conflict diagnosis backed by leading professionals in the industry with our self-help app.