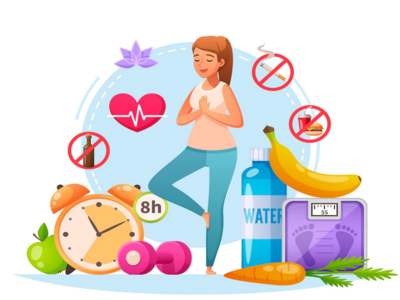 Nutrition and Mental Health are closely associated. However, they tend to get neglected in our society due to a prevalent lack of awareness. As a result, individuals facing problems such as mild depression, anxiety, mood disorders, weakness, and cognitive problems end up going to doctors and psychiatrists that start prescribing them medications even before looking at the nutritional deficiencies of the individual. This leads not only to the side-effects caused by the medication but also a gamut of health problems, both mental and physical, in the long run.

A recent WHO report on Mental Health estimated 7.5 percent of Indians suffer from depression (56 million) and anxiety disorders (38 million). It is estimated that by the end of this year that number could shoot up to 20 percent in India. (Keep in mind we aren’t counting suicides yet).

Malnutrition is another concern that has been prevalent for quite a long time and continues to do so. According to a recent Nutrition Report, 48 million and another 19 million children under 5 years of age in India show stunted growth and wasting, indicating chronic and acute malnutrition, respectively, while 13% of adolescents are overweight and obese. Forty percent of women are thin while 7% are obese. Another 48% of women of reproductive age have anaemia. Recent researches have also associated nutritional deficiencies with an increased risk of psychiatric disorders. This indicates that we’re lacking quality-driven nutritious food. A Nutritional Diet for Mental & Physical Health is the need of the hour.

Recent Researches have linked diets and mental health indicating that a complete diet consisting of vegetables, fruits, nuts, seeds, whole grains, milk, fish, poultry, and lean meats can help reduce levels of inflammation in the body which is linked with reducing the risk of developing major depression, anxiety disorders, bipolar disorders, and schizophrenia. Furthermore, Researchers have also linked diets high in sugar and refined carbohydrates with higher inflammation levels in the brain leading to earlier cognitive decline and worsened symptoms of depression.

While it's imperative to aim for a diet consisting of whole foods, it might not be possible with certain diets such as the vegetarian or vegan diet, which is the most prevalent in India. Although, Specific Supplementation can fulfil nutrient deficiencies for people following specific diets or with food intolerances. Read on to know more about Nutrition for Mental Health.

A Nutritious & healthy diet is the key to reducing any sought of health problems in the long run, may it be mental or physical. By adopting a diet full of fibre-rich whole foods you can fulfil most nutritional deficiencies and also reduce inflammatory levels in the brain. Nutritional Food and supplementation can be effective for individuals in waving off mild disorders caused by specific deficiencies, it can even alleviate symptoms in severe mental disorders along with the use of proper treatments and for those not affected with any disorder, it can help maintain optimal mental well-being for the years ahead, yet to come.

Kindly check out our Self-Help App for a detailed Diagnosis on Mental Health Issues.