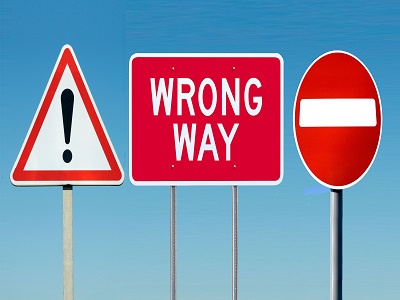 11 Major Relationship Red Flags You Should Not Ignore

Toxic people do not show the negative side or hurting side early in the relationship. They are often seen as extremely charismatic, romantic, ideal, or exemplary partners. One gets to know the true colours after a while when they turn into someone completely unknown and one could not even imagine that behaviour.

Relationships utilise a lot of the mental and emotional space and when they don't work out, it causes a lot of emotional damage.

Signs or red flags in a relationship can take months or even years to unfold. A red flag is considered a good intuitive image to help you process what you’re feeling. At the end of such an unhealthy relationship, people are often found saying, “He (or she) told me who he (or she) was at the very beginning, but I just wasn't able to comprehend. Such signs include:

There are a lot of times when the person shows change when communication happens and that changed behaviour acts as a small glimmer of hope. Rather than accepting the reality of the situation, you may believe that by changing your behaviour, by becoming a ‘better’ you, you can finally make the relationship work. But changing yourself to a completely different person is not the correct answer. If you can not be yourself and find yourself to be the one compromising and adjusting to everything, take a step back and evaluate.

These situations are certainly overwhelming. It is always helpful to speak to a professional and vent your feelings. You can use HappiCHAT to drop in a message to an expert and gain perspective. You can get access to self-help tools or book a session with a therapist to help you work on your emotional wellbeing and broader domains. If you, or anyone you know, is dealing with unhealthy relationship patterns or a partner, don't hesitate to reach out to us.